Thank you Lisa Knight for this truly great interview with David Corley!

My interview with David Corley regarding his debut album, Available Light posted on No Depression today.  See the article and full interview here: http://nodepression.com/interview/david-corley-wishes-right-star-and-debut-album-soars

I’m thrilled and honored to be a part of his journey.  Looking forward to watching his album continue to soar!  Many thanks to Bernadette Quigley for the opportunity to interview him, and to Paul Kerr over at Blabber ‘N’ Smoke for catching my eye with your glowing review of David’s album! Check it out: https://paulkerr.wordpress.com/2015/03/18/david-corley-available-light/

New York, NY – It is my absolute pleasure to congratulate four QuigleyMedia clients on being nominated by the The 14th Annual Independent Music Awards! The nominations are:

The eclectic mix of established and rising talent nominated in The 14th IMAs were culled from thousands of submissions that were released during the program’s eligibility period, between June, 2013 thru December 2014. Nominated along with David Corley, Suzanne Jarvie, Life in a Blender and Amanda Homi are a diverse group of recording artists including Garland Jeffreys, Bent Knee, Oran Etkin, Dawn Landes, Antigone Rising, Flaco Jiménez & Max Baca, Rachael Sage, Pompeya, Eden Brent, Pascuala Ilabaca y Fauna, and Spottiswoode & His Enemies.

In addition to the Winners selected by the Artist & Industry judges, music fans from around the world have until Friday, July 31, 2015 to vote for their favorite Nominees. You just have to register your email address and set up a password and log in – if you’re not already registered. Once confirming your email address, please consider voting for:

Please also consider voting for our friends, Spottiswoode & His Enemies. Their new album English Dream was nominated under the Adult Contemporary album:
http://www.independentmusicawards.com/imanominee/14th/Album 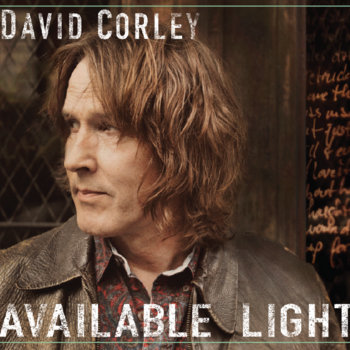 It’s not often that one comes across a debut album from a 53 year old. It’s even rarer for that album to be a stone cold cracker, an instant classic (if such a thing exists), an album that immediately rewards and then gets better on repeated listens. Well, David Corley has achieved this with Available Light, ten songs of experience and at 53 Corley has a lot of experience under his belt. Raised in Lafayette, Indiana, Corley attended the University of Georgia leaving at the age of 20 after a series of “ecstatic visionary and mystical experiences” if we are to believe the biography. There followed 30 years of wanderlust and odd jobs coupled with a voracious reading and writing habit. Following cardiac problems he returned to Lafayette which brings us up to date and to the album.
Produced by Canadian Hugh Christopher Brown Available Light is an album that…

Lafayette, Indiana singer-songwriter DAVID CORLEY is climbing the EuroAmericana chart. Corley landed on the chart at No. 7 in February and is now in the No. 5 spot for the March chart, keeping fine company with James McMurtry, Steve Earle, Gretchen Peters, Rhiannon Giddens, Amy Speace, among others.

Corley’s debut album, Available Light, beautifully produced by the Canadian multi-instrumentalist Hugh Christopher Brown, is receiving international acclaim and much airplay in the UK, Ireland, Scotland and the Netherlands, including spins on: