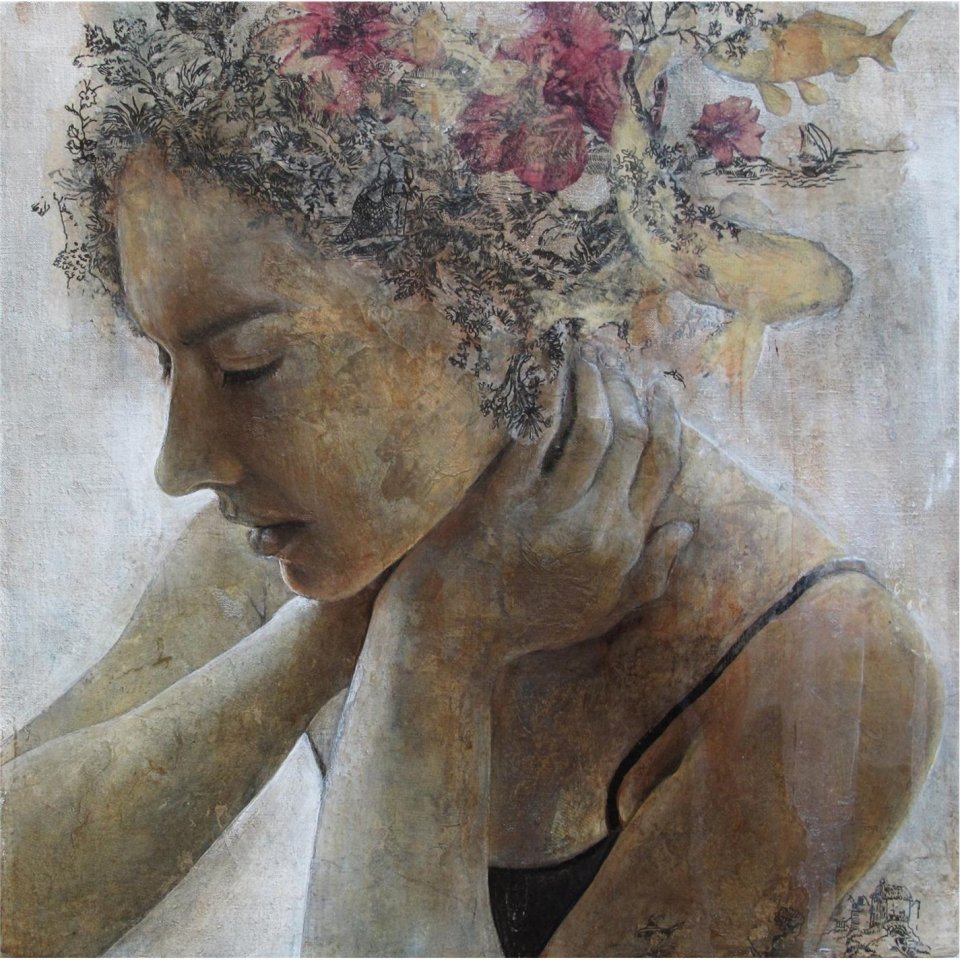 “With songs delivered in a style that ranges from tender fragility to unexpected steeliness, Chapin brings a jazzy edge to the folk form. Sometimes she explores a fleeting emotion, sometimes she weaves a solid narrative—not at all surprising from the daughter of Harry Chapin, a master musical storyteller.” The New Yorker

“the most mature and satisfying album of her career…stunningly brilliant…Reckoning is a subtle, sophisticated recording that grows in stature with each listening and is well worth your consideration.” Robert Myers, Elmore Magazine

WNYC’s Soundcheck and New Sounds Radio Host John Schaefer premieres Jen Chapin’s video, “Gospel”: “And like her father, the songwriter and activist Harry Chapin, Jen has found a way to use simple language to convey something of depth and complexity. So as the song ends, with a chorus gently repeating “It’s gonna take a long time, but we’re not going away,” it’s hard not to think of Martin Luther King, Jr.’s extraordinary statement of determination and hope: “The moral arc of the universe is long. But it bends towards justice.” John Schaefer, WNYC’s Soundcheck and New Sounds Radio Host

“sumptuous…irresistible…a surefire gem: the kind of carefully-crafted and sophisticated pop that used to be associated with Paul Simon. Yeah, it’s that good.” Will Layman, Popmatters

“Music is something that is entrenched deep into her soul – and she comes by it naturally as the daughter of the legendary singer-songwriter -activist Harry Chapin. As a result of that upbringing, Chapin is all over the musical map – but stays in a state of excellence all the way around. “It’s All Right” kicks off this disc on a positive vibe – about hanging in the game of life when everything looks to tear you apart. The track benefits from jaw-dropping bass work from Stephan Crump, one of the linch-pins of Chapin’s band….There are also some fine ballads on Reckoning, such as the evocative “Paris.” but Chapin is at her best when she lets her groove show – as she does on the 60s-ish “Go Away,” which shows a ton of her wit and personality. ” Chuck Dauphin, Music News Nashville

“Reckoning is a remarkable work of art.” Amanda Holtzer, The Celebrity Cafe

“Singer-songwriter Jen Chapin, who straddles the line between folk and pop (with rock and jazz influences), is, like the best artwork or wine or chocolate, perhaps not best appreciated by the masses that indulge in the let’s-try-to-please-everybody stylings (if they can be called such) of current hitmakers like Katy Perry, Miley Cyrus, or Rihanna. It’s not that Chapin doesn’t have a few songs that are worthy of large-audience airplay (she does), but the cumulative effect of taking in her songs, one after another, is to be struck by a singular talent who has a bold vision, and she doesn’t sugarcoat it or water it down….My hope is that the world will soon be hearing more of Jen Chapin’s music. Her unique point of view is refreshing and her commitment to her message and craft is quite remarkable.” Kevin Scott Hall, Bistroawards.com

“a pop-folk musical delight in her own right” Michael Norman, Cleveland Plain Dealer

Click here to read A Songwriters Story, “It’s All Right” by Jen Chapin on popdose

“Jen Chapin has a sandied tone to her voice, and her delivery has a quirky cleverness to it. Sleek and snappy material…intriguing.” George W. Harris, Jazz Weekly

“Jen Chapin’s music has the sort of colorful, vibrant, and engaging lyrics that can only come from a poet’s hand. It’s therefore especially rewarding to find her words perfectly accompanied by jazz-influenced grooves and song structures that are both natural and complex. Her voice has a sweetness that belies its power and lyrics that are both challenging and empathetic.

Her new album, ‘Reckoning’, combines all of these elements with a sophistication and artistry that makes it seem effortless. It is brilliant, clear, and has the spirit of connection that comes from honest writing.”
Jon Karr, New York Minute Magazine

“It reminds me of the jazzy records by Joni Mitchell and without a doubt the forgotten masterpieces of Laura Nyro. But Jen Chapin also clearly has her own sound. Musically, it’s defined by the jazzy instrumentation and the remarkable rhythms. Vocally, that sound is the result of her extraordinary voice.” Erwin Zijleman, De krenten uit de pop, The Netherlands

“Rather than simply wax lyrical about the outstanding record, we opted instead to ask Chapin about how she crafted her masterpiece.” Jeremy Williams, Yorkshire Times (read interview here).

“It’s probably no surprise that Chapin seems to naturally inhabit the characters in her songs — her father was Harry Chapin, one of modern music’s greatest storytellers. But Jen is far funkier than her father ever was, even as she paints sometimes grim tableaux of frustrated wives, struggling mothers and a challenged populace….That Chapin can find joy among “the ducks and the dreamers,” as she sings on the Sondheim-esque “Paris,” speaks to her formidable — and ever-developing– talents as a songwriter and a storyteller.” Peter Chianca, Wicked Local

“Like a good novelist, it isn’t in the climactic scenes that Jen Chapin’s talents shine but in turning the mundanity of everyday life into delicate lyrical poems.” Chris Griffy, Examiner

“As the daughter of late folk legend Harry Chapin, it’s not surprising that Jen Chapin has taken so naturally to intricate storytelling through song.” ASCAP Playback

“Reckoning presents the singer at her most mature and most incisive artistically, kindred to Janis Ian’s At Seventeen (esp. in Reckoning), as well as Joni Mitchell’s first flowering, but with some Meryn Cadell, Nick Drake (Let It Show, a beautiful pastorale), Kate Bush, and others thrown in….a winner.” Mark S. Tucker, Acoustic Music

“The NYC-based singer/songwriter has the confidence to write the songs the way they form in her head and you can hear the pure joy of delivering a song in the skin it should live in through Jen’s vocals.” Alternate Root

“Jen seems to just let the words and melodies flow from her heart…which may explain why this album comes across sounding so genuine and inspired.” babysue

“Jen’s excellent writing and edgy style makes me think of Ani Difranco. I really love this CD and highly recommend it.” Bruce Greenberg, The Promise Live

American Songwriter exclusively premiered Jen Chapin’s new video for “Go Away”, one of the evocative and provocative tunes from Reckoning. American Songwriter also published an essay Ms. Chapin wrote about her personal backstory to this song. Watch video and read exclusive here: http://www.americansongwriter.com/2013/05/video-premiere-jen-chapin-go-away/

Jen’s 2nd video “Feed Your Baby” is making its way around the digital world, with a feature on the blog of nutrition expert/food justice icon Marion Nestle and on the Brazilian site Glamurama, and foodtank.org. Noel Paul Stookey of Peter, Paul and Mary raved: ‘borrowing a page from milt glaser – arguably the finest graphic artist of the 20th century (eg dylan poster profile) – for her new music video FEED YOUR BABY, jen has once again set her musical cap to a radical angle. and as such, becomes our quintessential (and most revered) whistle blower – calling out the profit-driven merchants witholding from our children the most basic gifts of earth’s bounty. hunger paralyzes…feed the world and serve those first who are the most needy. go getum jen!’

As much as an artistic legacy, the roots of Jen’s upbringing have inspired her “potent, jazzy, layered folk” (Newsday) songs and a lifetime of passionate activism, through ongoing work with WhyHunger (founded by her late father Harry Chapin), and other food justice groups. She has performed on stage with Bruce Springsteen, on bills with Aimee Mann, Bruce Hornsby, and The Neville Brothers, her rendition of Van Morrison’s “Into The Mystic” was recently featured in an episode of the SyFy TV series “Defiance” and her song, “Go Away” honored by the USA Songwriting Competition. Jen Chapin’s new release Reckoning, produced and engineered by five-time GRAMMY© Winner Kevin Killen (U2, Elvis Costello, Kate Bush) is a new collection of urban folk/jazz/pop storytelling songs, reckoning with the challenge of balancing creative ambitions with the immediate demands of mothering small children, combined with a good dose of social commentary.

Jen’s music reflects a diversity of experience. She is mother to 9 year old Maceo and 5 year old Van Crump, who often accompany their parents on tour. She is also an educator, leading workshops and presentations to college, community and church groups, with a background teaching full-time in Brooklyn classrooms. And she is a student, with a BA in International Relations from Brown University, additional studies at Berklee College of Music, extensive travels and studies in Zimbabwe and Mexico, and an ongoing passion to learn more about the world, and its emerging pathways to greater social justice.